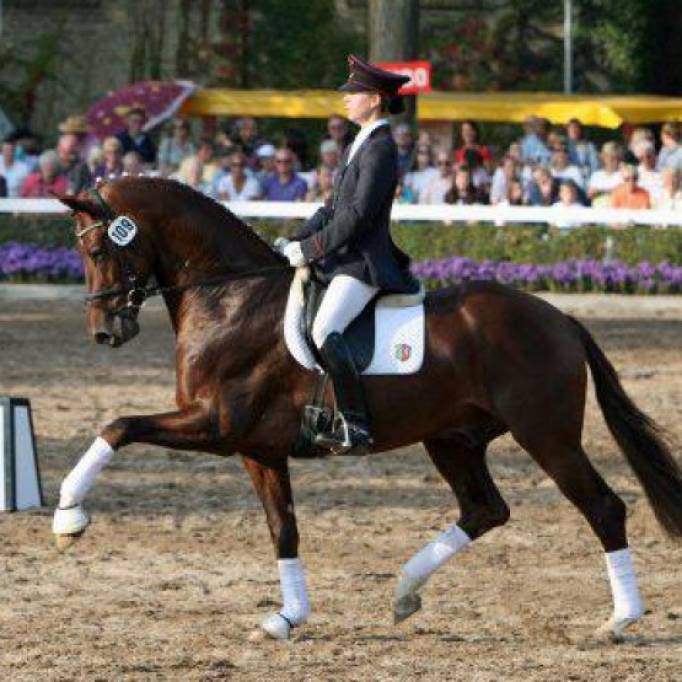 Vitalis was the reserve champion of the NRW-stallion licensing in Westphalia Germany. In 2007 he was champion of the foal championship in Holland, and was the first approved son out of the first foal crop of Vivaldi. His father is one of the most desired dressage sires of his generation and descends out of the highly appreciated Utopia line. Vivaldi's half sister Wiona Utopia became champion at the national mare show in 2006. With Krack C (Anky van Grunsven), Jazz (Tineke Bartels) and Cocktail (Anky van Grunsven) we see three generations Grand Prix horses in a row in Vivaldi's pedigree.