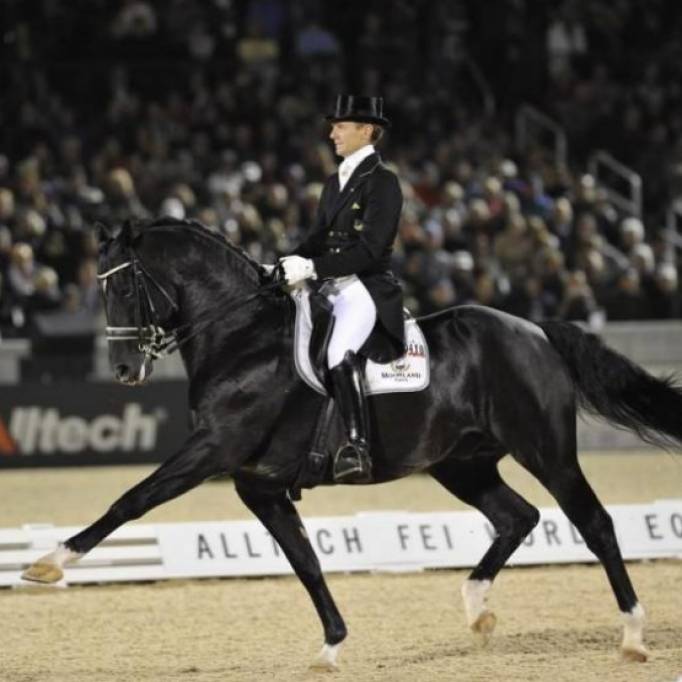 Totilas has changed the world of dressage, set three world records, which he himself had broken again and again, within a short time under Edward Gal. Sired byr Gribaldi, Totilas has got plenty of results to his name - two times Individual Gold and a Team Gold at the 2010 World Championships, Individual and Team Gold at the European Championships in Windsor, 2010 World Cup winner and best horse of the German silver team. In 2011 he had his first crop of top-class foals, including Total Ideal and Tout le Monde.