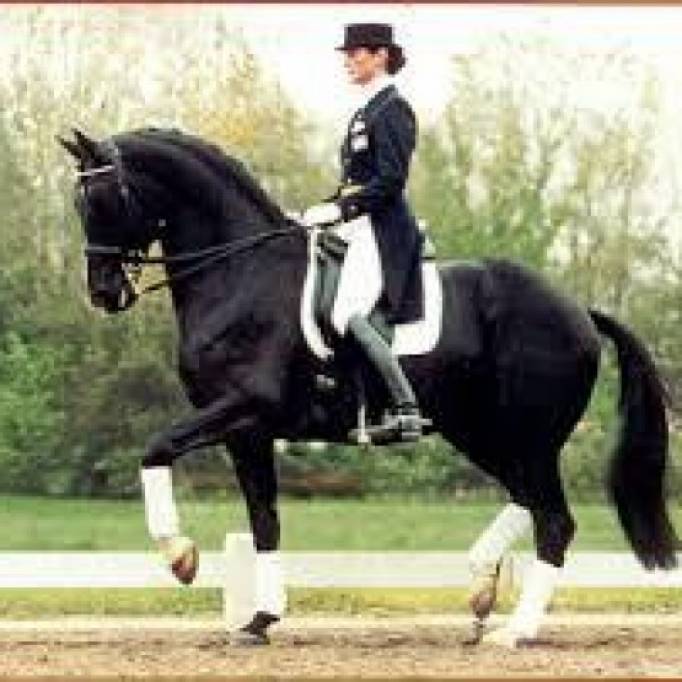 Olympic Ferro is one of the great stallions for which frozen semen is still available. Ferro was extremely well bred with a good character and very good powerful hind legs. He was first in his stallion test.

Ferro has produced 8 KWPN Approved stallions such as Rousseau the winner of this stallion test and producer of winner of Stallion test as well, the recently Keur awarded Negro, and the well known Metall and Rhodium. He has 11 KWPN Approved grandsons. His great legacy has given him the very rare title of "Preferent" which is the highest predicate a stallion can have.

This charming, talented black stallion achieved the title of "Keur" in 2000. He can be relied upon to produce beautiful, typey, talented offspring of the highest quality.

Fantastic toplines and an elegant look characterize his get. In addition to their dressage excellence, Olympic Ferro's offspring also make good jumpers. Olympic Ferro is #1 on the BN World Stallion Rankings for dressage and is the top stallion and pride of the Netherlands, affectionately known as the "Black Pearl."