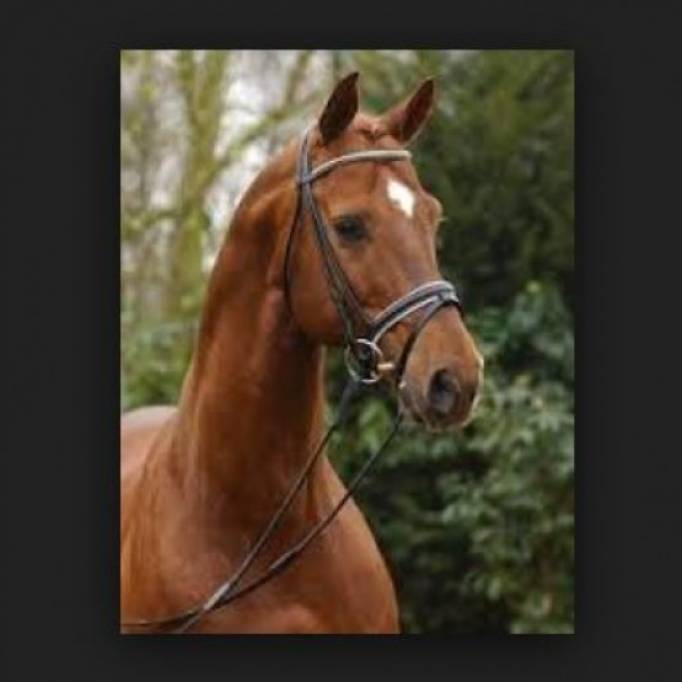 DiMaggio ranked fourth at the 1999' Bundeschampionat, became World Champion of five-year old dressage horses in Arnheim/NED in 2000 and was then victorious up to Inter I. In 2002, he presented the British Warmblood Champion and the British Sport Horse Champion, both originating from his first crop in Great Britain. After his return DiMaggio made a perfect debut as sire. Right from his first crop in Germany, all three presented colts, which were as well sold for top prices as foals at elite auctions, have been licensed. In the meantime, the number of licensed sons has increased to 20, thereunder FS Demiral, who was finalist at the Bundeschampionat for young dressage horses and is now winning up to Inter I.