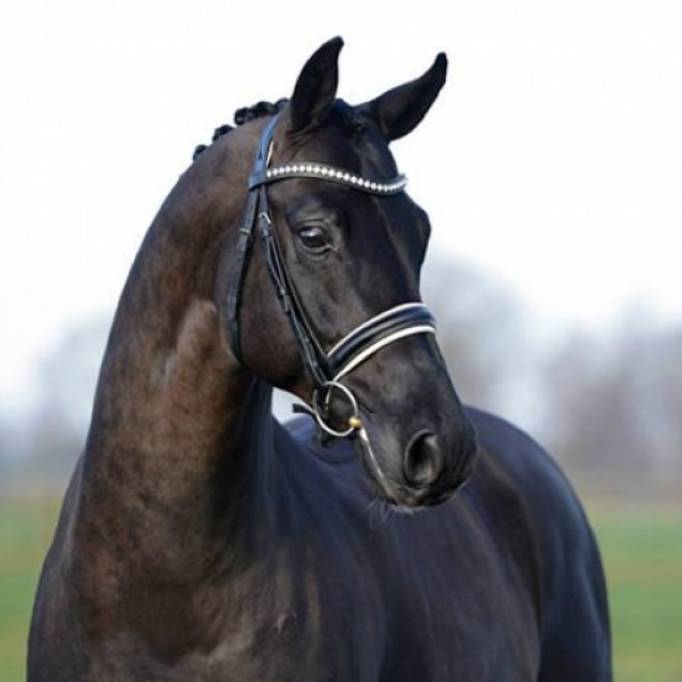 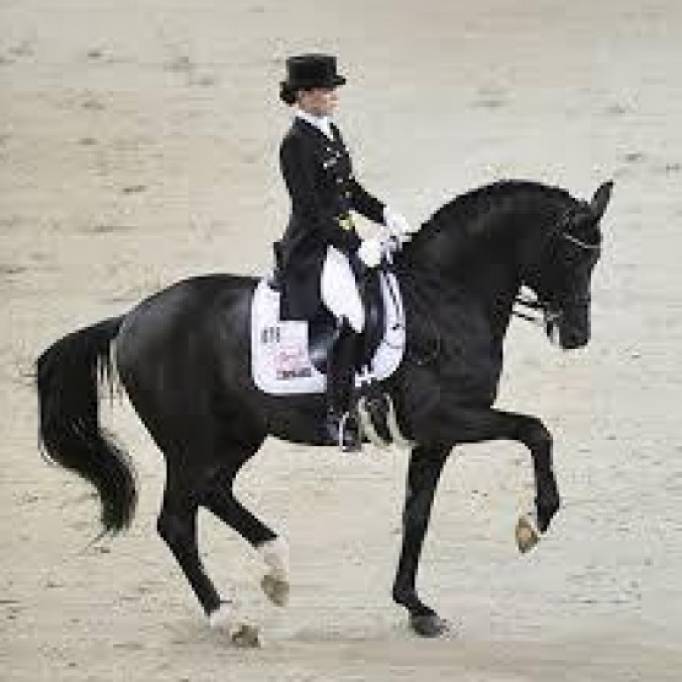 Desperados career started high - he was a main premium stallion at the 2001 Hannoverian licensing, having already completed his 30 day test with the highest scores (a 9.5 for his canter, 9.0 from both guest riders).

He won the 3yr ridden championships in Verden, he was a Bronze Medalist at the Bundeschampion both 2004 and 2005. In 2010 he won the German Dressage Derby in Hamburg, and was placed in the final of the median cup. This year he won the Grand Prix, and GP special, at the Oldenburg special CD14*. He was selected into the last seven for the German 2012 Dressage team with his rider Kristina Sprehe.