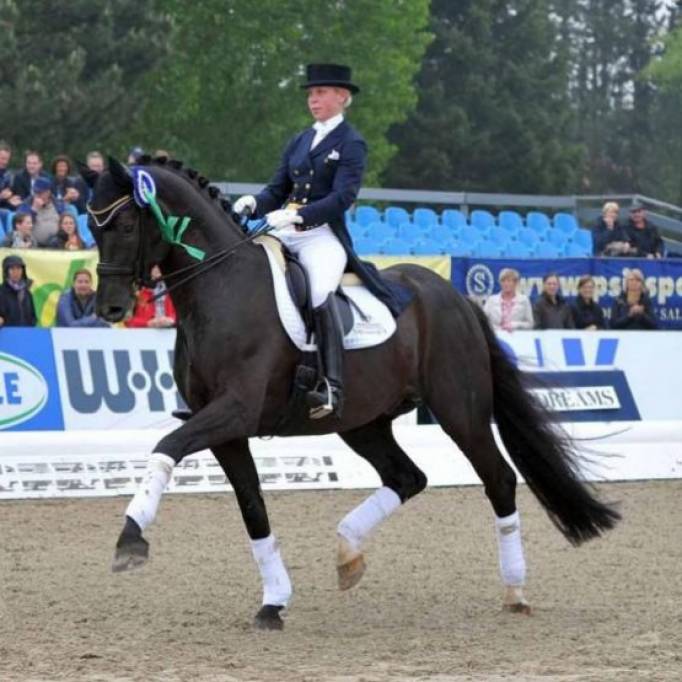 Dante Weltino was the 1st Oldenburg Reserve Champion in 2009, took his 30-day test in 2010 in Schlieckau which he passed with high scores and in 2011 he was placed among the best in tests for young dressage horses, showing his powerful acceleration, elasticity and three outstanding gaits. The dam's sire, Welt Hit II, was listed 2011 among the top ten in the WBFSH's list of the world's best sires.